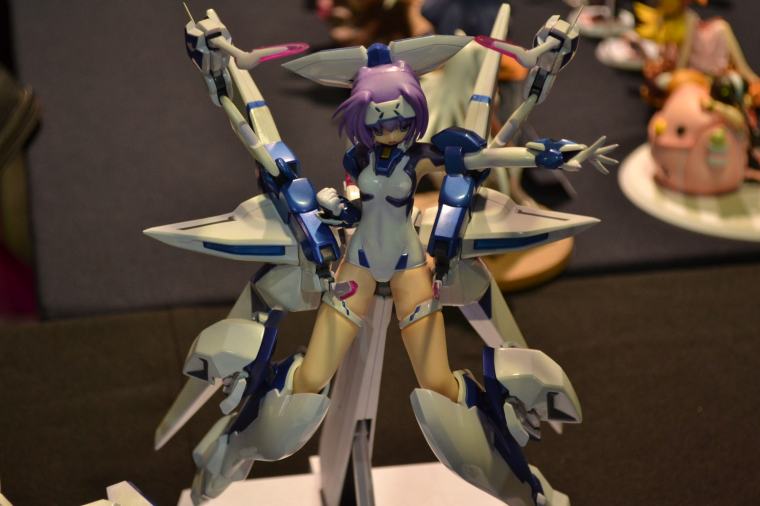 This will be my last post for the Ozine Fest 2012, hope you guys enjoyed the images even though I’m still a noob when it comes to photographing events. Will have to practice more and buy better equipment.. maybe some prime lens and some speed lights eh? =3

Photos include Strike witches and some Nendoroids on glass cabinets: (Just click on an image and the gallery will open) 🙂

Also includes some cosplayers, gunpla building competition (that sucked), Happy Onigiri!!, Video game play area, a giant rx-78 gundam, Ceramic dolls, the stage for band performance and karaoke, and the Maid Cafe which a had a really long line, didn’t have the chance to go in XD

Why did this ^ suck? Let me explain my opinion, it was my first time to join a small gunpla building competition and I was very excited! Who would not be excited for their first time? So I queued up for the application and waited for 1 hour, I waited 1 hour because they had only a few tables to accommodate builders, maybe about 5 tables (didn’t take time to notice) that can hold 6 builders, that was no problem for me since I was willing to wait just to join the competition.

When it was my turn to build, the officer gave me an SD kit, I wanted an HG kit to build but when I asked if I can get an HG kit instead, the officer just shrugged his/her shoulders. While I didn’t understand what that meant, I just thought maybe they didn’t care and avoided having to answer my request.

Just told myself to go through with it, so I built and detailed my SD Gundam Astray Red Frame for two hours, I even brought my own tools so that I’m sure to produce a clean work! I just finished just in time for the judging, now this is where I really got pissed off.

Upon seeing the table where they put the entries, I noticed that they put in the HG and SD together randomly as can be seen on the photo, then there came the only one judge! Only A SINGLE judge!.. In my opinion there should be at least 2 or 3 judges right? Unless that one judge is a super expert gunpla builder which can be on that position to judge gunplas ALL by himself, which I really doubt he was. Then, that one judge looked at the table collectively for about 1 minute, then picked up 2 HG and 1 SD gundam and put them at another table where the 1st, 2nd and 3rd price where placed respectively, he put the 2 HG for the 1st and 2nd place and an SD for the 3rd place, after 10 seconds or so, he replaced the SD with another SD from the entry table and that was it! they were the winners! @_@

A single judge solely picked 3 winners all by himself in under 2 minutes!! He didn’t bother to look at some others’ work including mine! How can that be a judge? I mean if you’re going to judge 80+ entries of gunpla single-handedly, you should at least take a look at ALL of the built gunpla one by one, and choose a group of the best choices by elimination, then divide and conquer. But no! He just looks at the table collectively and seemed like he just chose 3 random gunplas and announced them as the winners!! And another thing is that they combined the SD and HG kits together!? In my opinion, they should be at separate categories with separate winners! Why? Hmm.. because SD are easier, takes less time to build and has less parts while and HG kit is harder because there are more parts and details to panel line! They should not be judged together.

Its just unfair for me and others who put up some real effort and passion in building a gunpla just for a judge to let our work go unnoticed. People’s reaction were like “That was it?!”, “What? they’re the winners already”, “What the fuck happened?” when the judge put the winners on the respective places. The judge didn’t even said a thing, he just put them gunplas there and we just understood that they were the winners. Such an epic fail event.

Ah well, time to move on, but it really is irritating, that is why I think my country doesn’t improve that much for the longest time, one factor is the attitude of people! Some people are not serious enough in the things they do whether it be a small or a grand task, they just do the task for the sake of doing it and finishing it. Hell everyone is asking why the Japanese people are so advanced and rich, while they have a small country and pretty much less natural resources than my country? Well, what I know is that it is because the Japanese are a workaholic bunch and pretty serious in the things they do! In everything they do! They put real effort and passion whether it be making toys, producing manga/anime, technology, etc. to the point of exaggeration, look at how they promote their products! Even though their products are expensive as hell, people from all over the world are buying them! Why is that?! Because they make sure they do it well! Ahh enough about that, I just hope people would be more serious and give importance even to the smallest of things, because it is where improvement would start.

Anyway, here are the photos, sorry for the long rant, maybe I’m wrong but it’s my opinion.