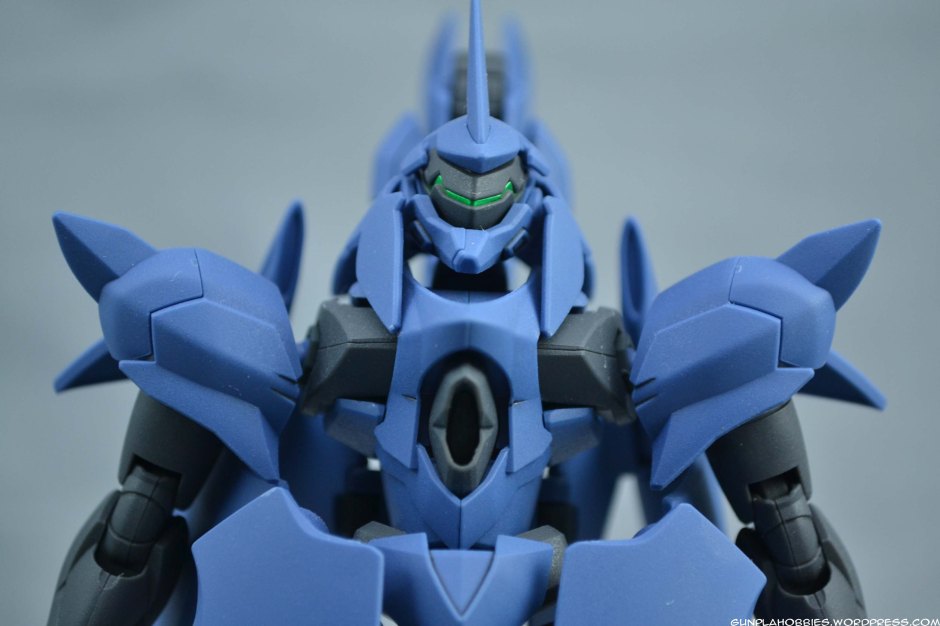 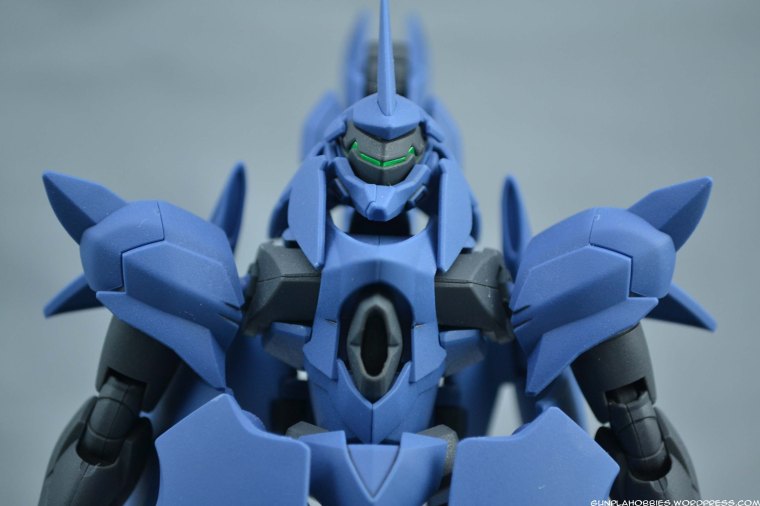 Hello viewers! Time for a simple gunpla review! Nothing fancy this time, just a straight build with some panel lining and a heavy coat of clear matte. =3 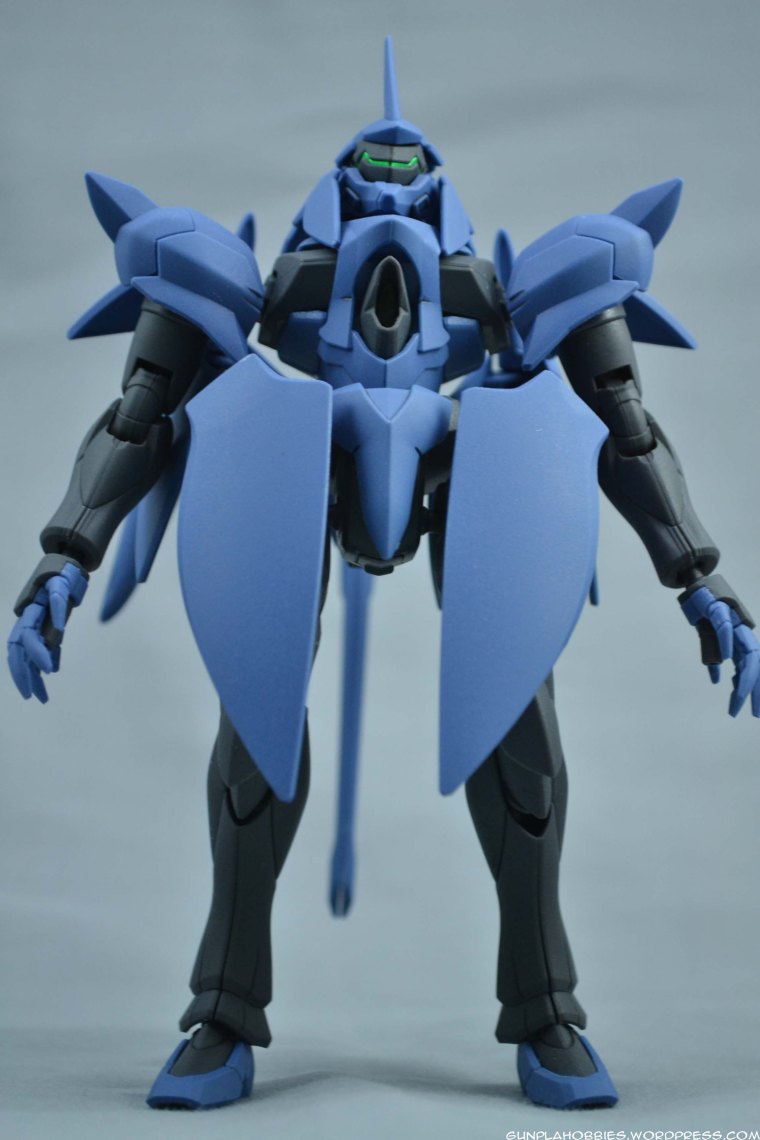 He was a present from a friend for my birthday! Thanks again! 🙂 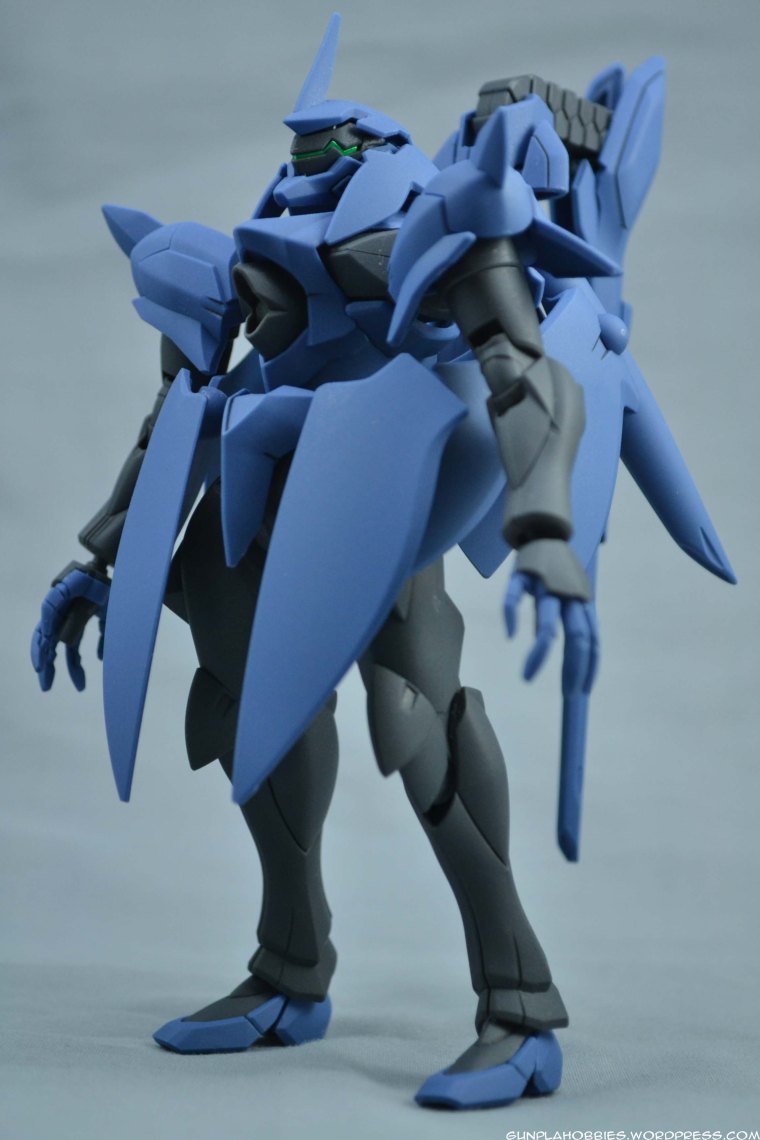 I tried spraying a heavy coat of clear matte to see the outcome, and I love how chalky Gafran came out, a really great matte finish! =3 As usual I’m using Bosny clear matte lacquer spray can, it’s been a long time since I’ve used Topcoat because Bosny is way cheaper and produces that matte finish that I like. 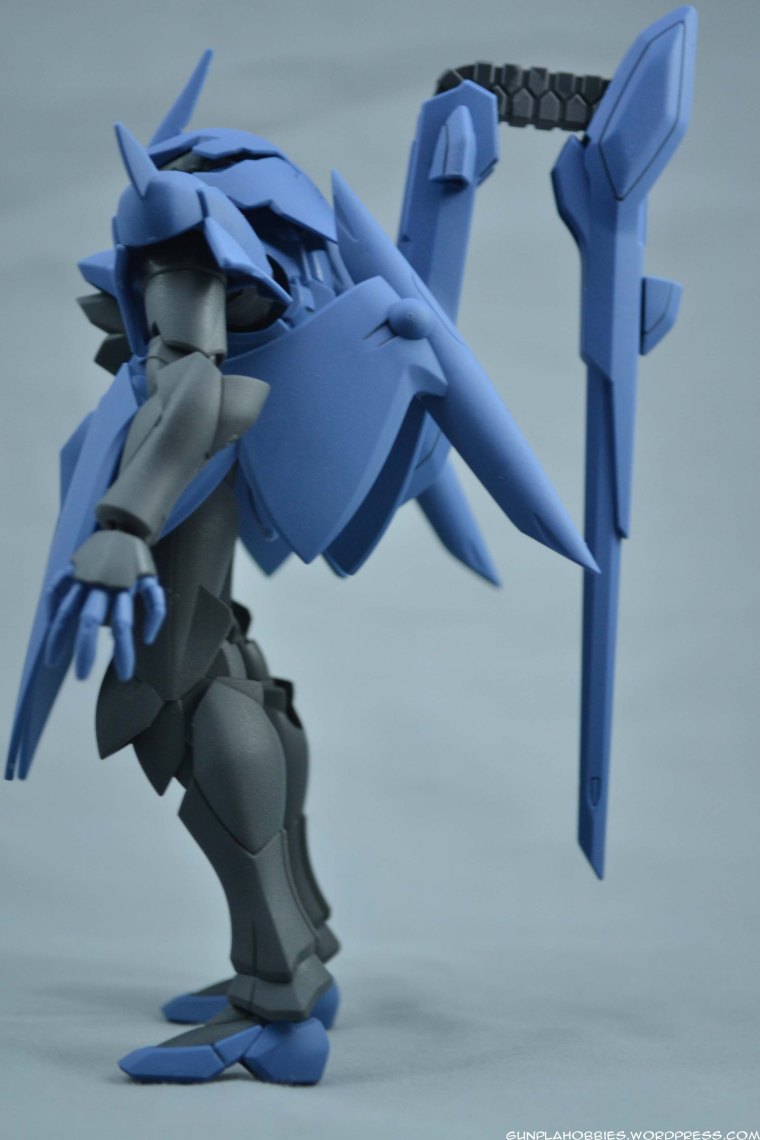 Gafran is an interesting HG kit to build, my experience is that the build process and structure is different than most HG MS kits. 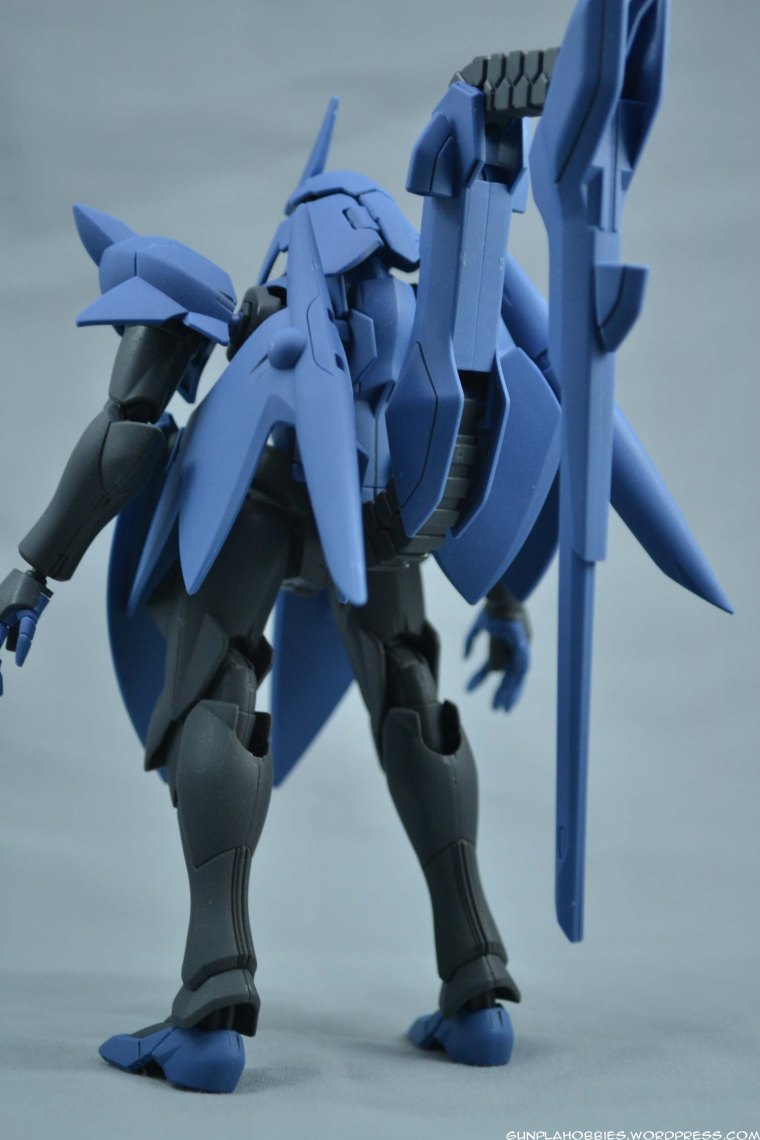 I think it is because he can transform into a kind of animal mode, which they labeled as flight mode, but to me, the mode looks like more of a ‘lizard mode’ or maybe a flying lizard. That’s some scary stuff, a flying lizard! Sounds like a dragon to me! =3

That long thing on his back? That’s actually his tail and a long range weapon, It can be stretched out to be a tail in flight mode or be used as a weapon which is his beam rifle.

Here’s some details about him from the gundam wiki: http://gundam.wikia.com/wiki/Ovv-f_Gafran

He was easy to build. Took me about 5 hours or so to finish building him, one of my fastest build actually. XD 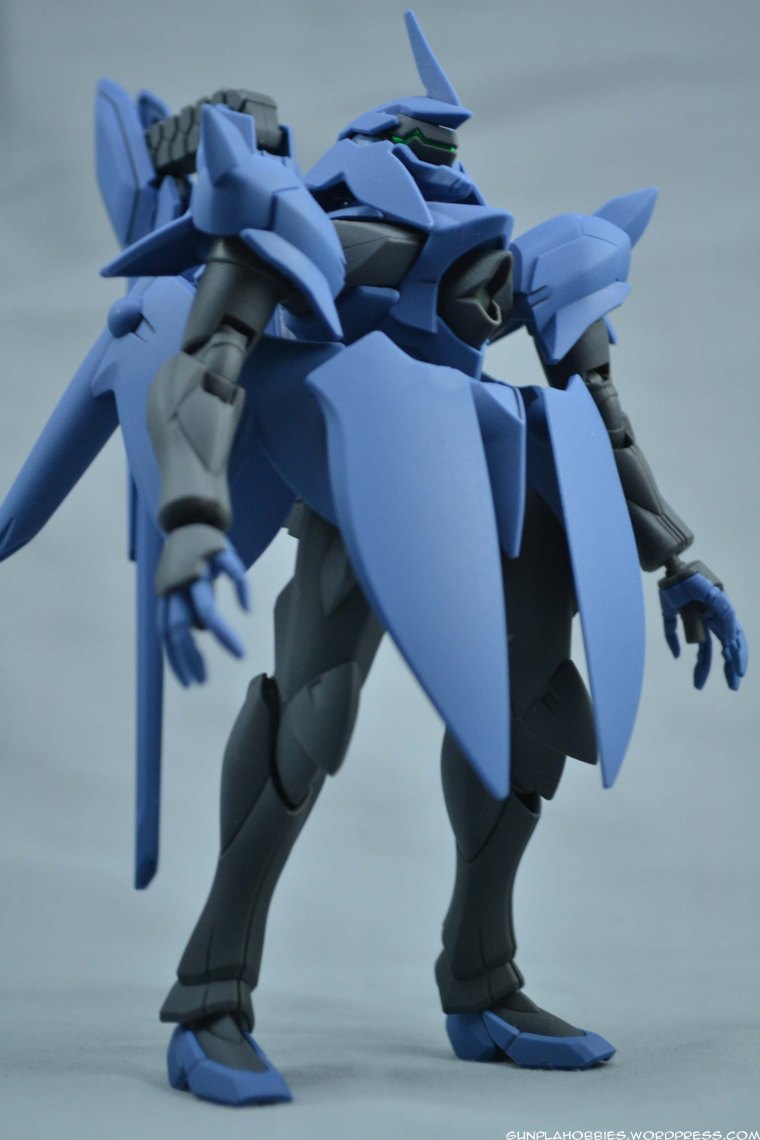 It can’t be seen clearly on the photo but he has a clear green part in the middle of his torso, it is actually the diffuse beam cannon. I’ve seen it being used in the Anime series, usually during close range they use it, when they are wrestling with the enemy MS. 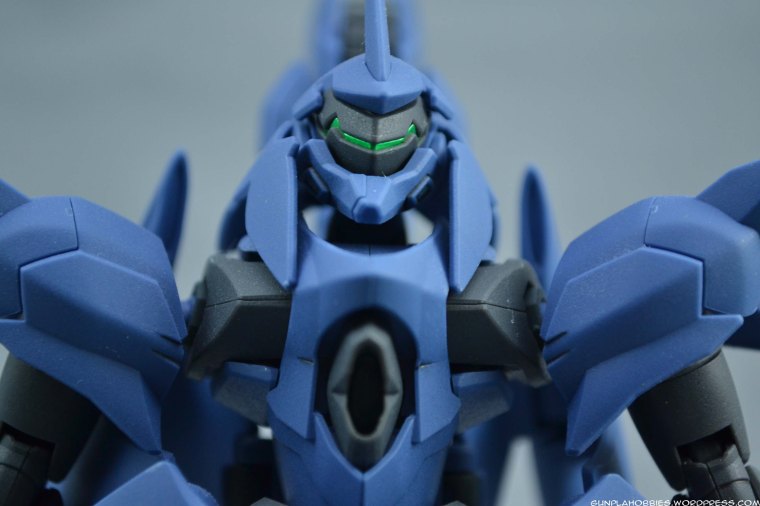 He sorta looks evil don’t you think? Well he is an enemy MS after all. XD 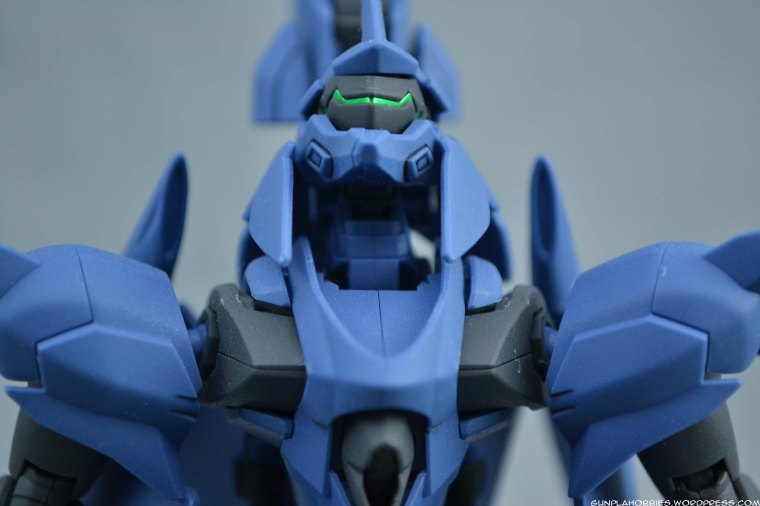 Time for some articulation, as you can see the head can go way up, it’s actually intended for the flight mode later on that I will show you. 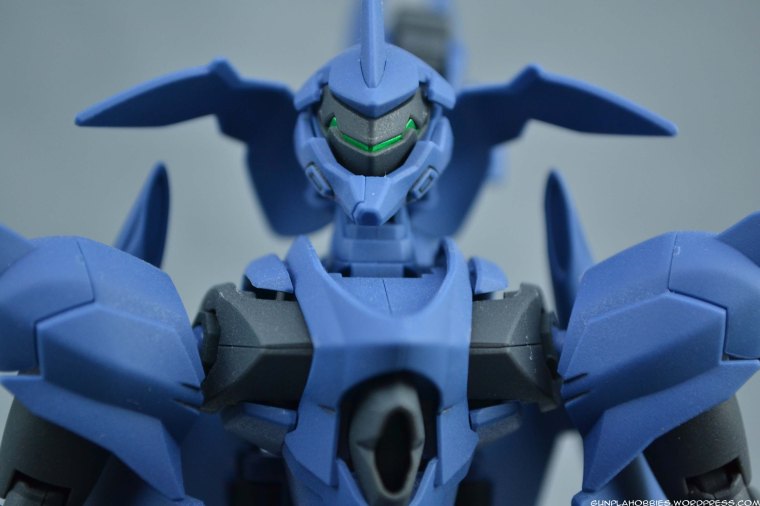 And his.. uhm.. I don’t know what to call it.. head flaps? LoL! The flaps on the sides of his head can be opened like the photo above. 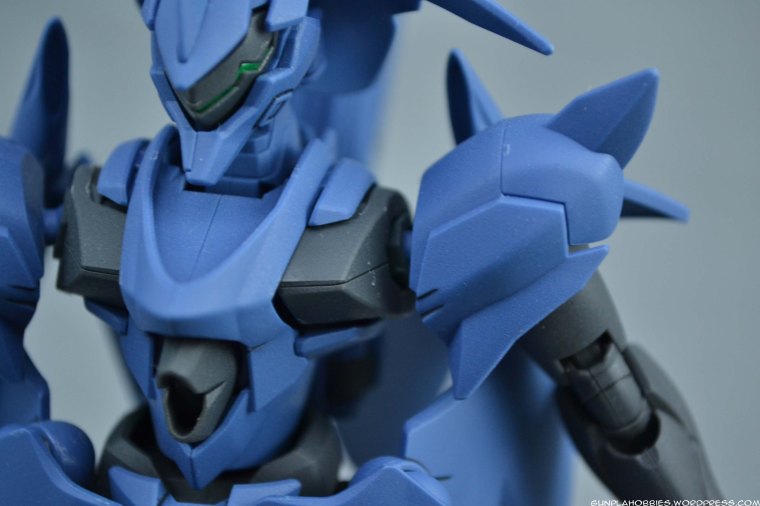 He has a pretty interesting shoulder joint, the shoulder is connected to the torso via a ball joint but the socket on the torso itself can be also moved so its kinda double jointed. But wait there’s more! The whole gray colored part on his torso can also move forward as can be seen on the next photo. Now that’s some articulation, well yeah it’s again actually intended for the flight mode. Interesting build structure though. 🙂

His arms are also double jointed in the elbows providing more articulation.

And attached on the palm of his hands are the Beam Vulcan that can also generate a Beam Saber. But the kit doesn’t come with any beam sabers.. 😦

Nothing special on his torso-waist joint, typical ball joint, not much articulation.

He actually has wings that looked like frontal skirts in the previous photos. Neat huh. 😀

And there’s the joint for the wings. 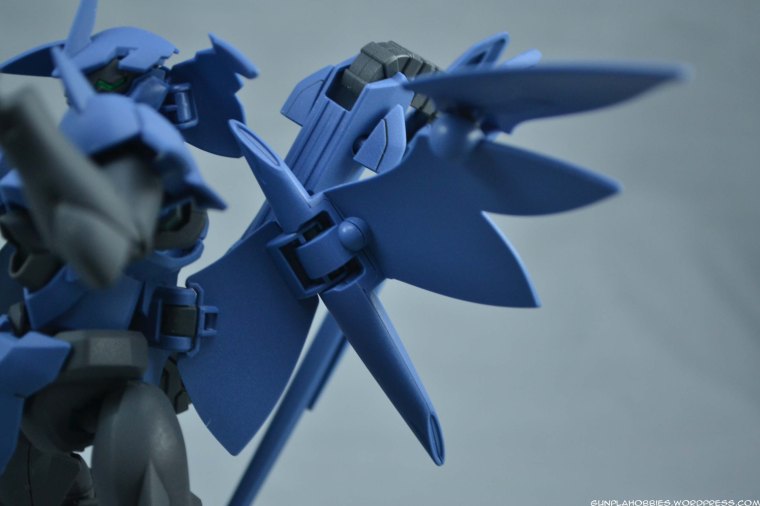 Opening them wings.. to reveal the legs! =3

Simple ball joint for his leg-waist joint. Less articulation for his legs.

But to compensate for the poor leg articulation, he has nice knee joints! Again intended for the flight mode.

Here’s what he looks like with wings open and ‘head flaps’ open too.

Now I show you his tail/beam rifle:

Its long and back heavy giving me a hard time to balance Gafran when his tail is out on his back.

The beam rifle can destroy a single MS in one shot if hit.

Why the balance issues? Take a look at this: 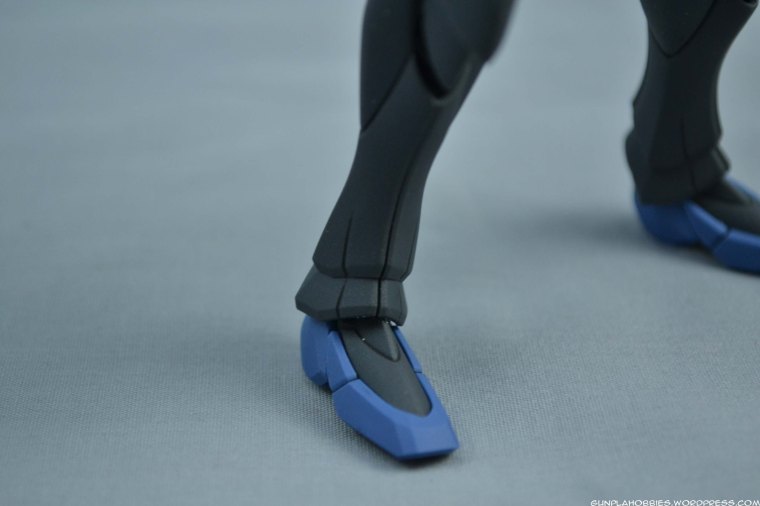 Small feet! His feet though can transform and have claws (which makes balance ironically worse)

And showing you the flight mode: 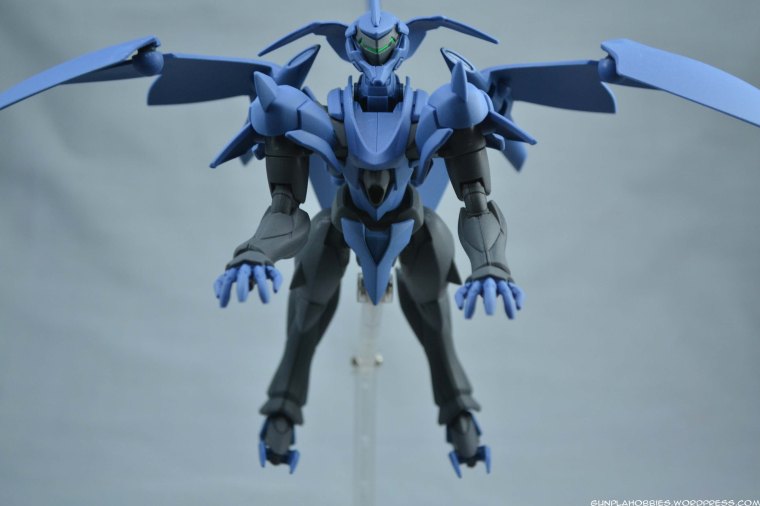 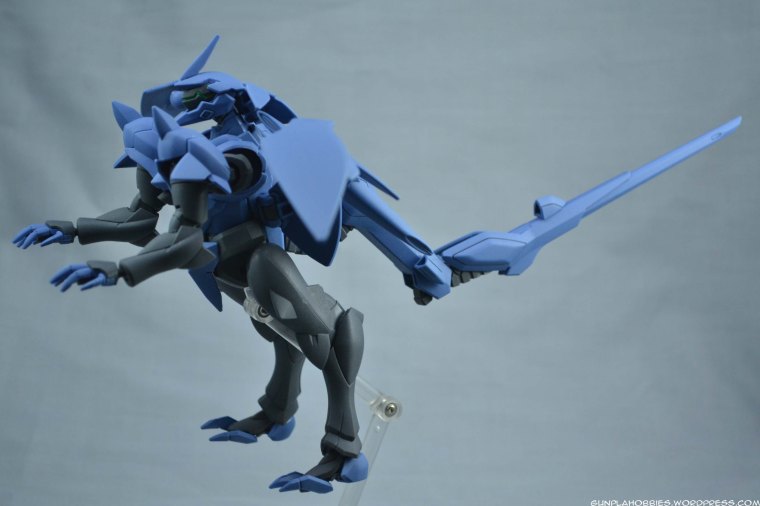 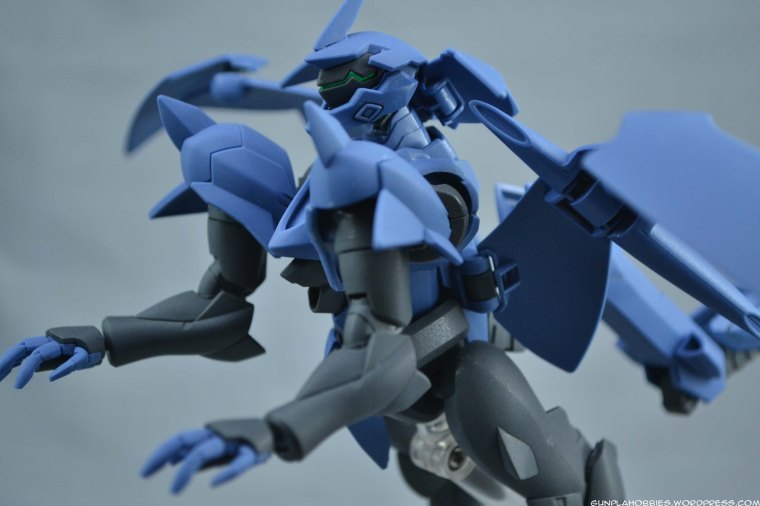 3. The beam rifle is nice because it can be his tail or vice versa, readily attached to his body, no separate equipment needed.

4. I actually like the MS design in normal mode.

5. Taller than most of my HGs.

2. Nothing much to panel line.

3. Really poor balance with the small feet, especially when the beam rifle is not in use, tends to be back heavy.

4. I personally don’t like the looks of the flight mode. At some angles he looks great, but at some he looks awkward, like a screwed up dragon from someone’s experiment. XD

That’s it for today! Overall He looks great standing in normal mode with his Beam Rifle on the ready! Till next time! =3 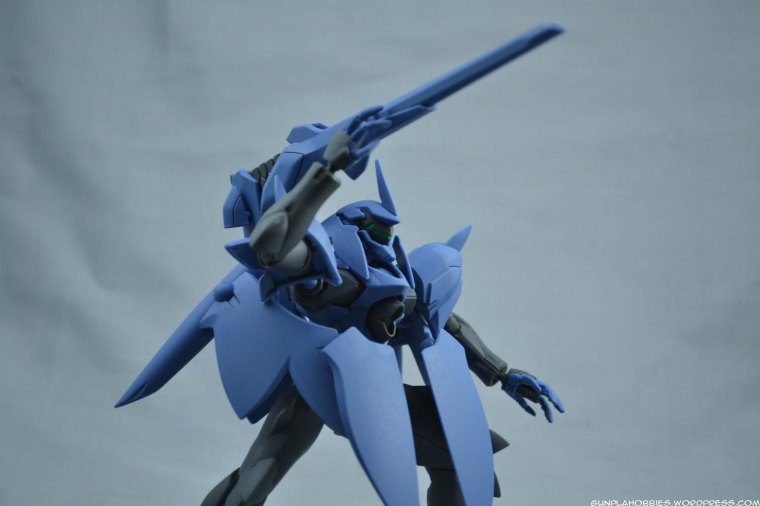